Do you love to travel and have idea which country is having the world’s most powerful passport currently?

Well, read this great article to find out which country is offering the world’s most powerful passport now.

According to the Passport Index, that honor now belongs solely to Singapore thanks to a recent decision by Paraguay to remove visa requirements for passport holders of the Asian city-state.

Developed by international residence and citizenship advisory firm Arton Capital, the Passport Index is a free online interactive tool that sorts and ranks the world’s passports by their cross-border access.

It says holders of a Singaporean passport can now easily visit 159 countries, either visa-free or by gaining a visa on arrival. Prior to Paraguay’s decision to remove visa restrictions, Singapore shared the number one spot on the Index with Germany, which has a passport score of 158.

For the first time ever an Asian country has the most powerful passport in the world, said Philippe May, managing director of Arton Capital’s Singapore office.

“Singapore has constantly increased its passport strength since it became independent in 1965,” May explained to CNN.

“This due to a smart and far-sighted foreign policy, excellent diplomacy and by understanding globalization as an opportunity. Unlike Schengen member countries [in Europe], Singapore decides alone who to grant visa-free access.

“Singapore is not locked into a common travel zone (eg. with other ASEAN countries), and never had to impose visa restrictions on foreign nationals only because other ASEAN member countries have restrictions.” Other Asian passports in the top 20 include those of South Korea, Japan and Malaysia.

Meanwhile, the US passport has fallen in favor since President Donald Trump took office, the Passport Index statement said, noting that Turkey and the Central African Republic were the most recent countries to revoke visa-free status to US passport holders.

How does the Index work?

By analyzing the access national passports have to countries around the world, the Passport Index assigns a “visa-free score” — the number of countries a passport holder can visit visa-free or with visa on arrival. It also takes the UN Human Development Index into account.

So which passports offer the least mobility? Coming in at last place on the updated Passport Index list is Afghanistan, which has a score of 22, followed by Pakistan and Iraq (26), Syria (29) and Somalia (34).

Arton Capital managing director May says he expects two sets of independent nations to continue improving their passport strength: “Small nations who are no threat to anyone as well as smart and open-minded nations, especially when there is a strong rule of law.”

This includes Singapore as well as the six member countries of the Organization of East Caribbean States (St. Kitts and Nevis, Antigua and Barbuda, Dominica, St. Lucia, St. Vincent and the Grenadines, Grenada).”On the other hand countries locked in supranational organizations or which are in conflict with others have more difficulties,” he said.

“In a supranational organization, when one country has a problem with a third country, all its associates are affected. It’s like a domino effect. If country X has issues with country Y and slaps it with visa restrictions, Y will retaliate.

“But if X is a member of Schengen then all Schengen member countries will have to retaliate (and will — most likely — subsequently be slapped as well).”

Arton Capital’s Passport Index, updated in real time, is one of several indexes created by financial firms to rank global passports according to the access they provide to their citizens.

The methodology used to determine the rankings varies.

Henley & Partners, working with the International Air Transport Association (IATA), releases its own Visa Restrictions Index once a year and considers 218 countries and territories for its list.

In Henley & Partners’ 2017 Index, released in March, Germany retained its position at the top of the Index for the second year running, with visa-free access to 176 countries out of 218.
Sweden also stayed in second position with 175 countries, and Denmark, Finland, Italy, Spain and the United States tied in third place with 174.

According to its 2017 list, the most desirable passports come from Sweden, followed by Belgium. Spain and Italy tied for third, with Ireland rounding out the top five.

The Pyramids of Giza Are Near a Pizza Hut, and Other Sites That May Disappoint You 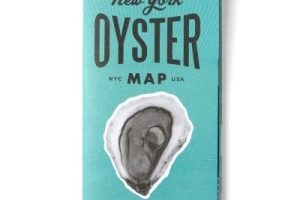